The recent floods of 12/13 August 2017 brought a lot of destruction and unrest situation among the people living in lowland of the Terai region. Some people have lost their lives,many families are homeless and thousands of houses are badly damaged. Most people have great loss of their property as well.
The areas of Chitwan specially the surroundings of Sauraha were flooded that caused serious disturbances and difficulties among the people. Researches and reporting were made immediately to support the flood victims. The data was collected from major affected villages Manahara, Bagartol, Ramailo Basti, Badreni, Magartol, Malpur and Laukhani to organize some relief distribution programs. Thanks to Ratnanagar Municipality, REBAN-Sauraha, FEMI-Netherlands, Riksja Travels-Netherlands, Direct Aid Nepal-USA, Nepal Benefit, Somnar-Namaste and other donors who have been providing us the fund to support the needy people. Quick relief like arranging food, mats and medical checks up were arranged and school uniform, educational materials and bags were distributed to the children to make sure that they won’t miss their schools. 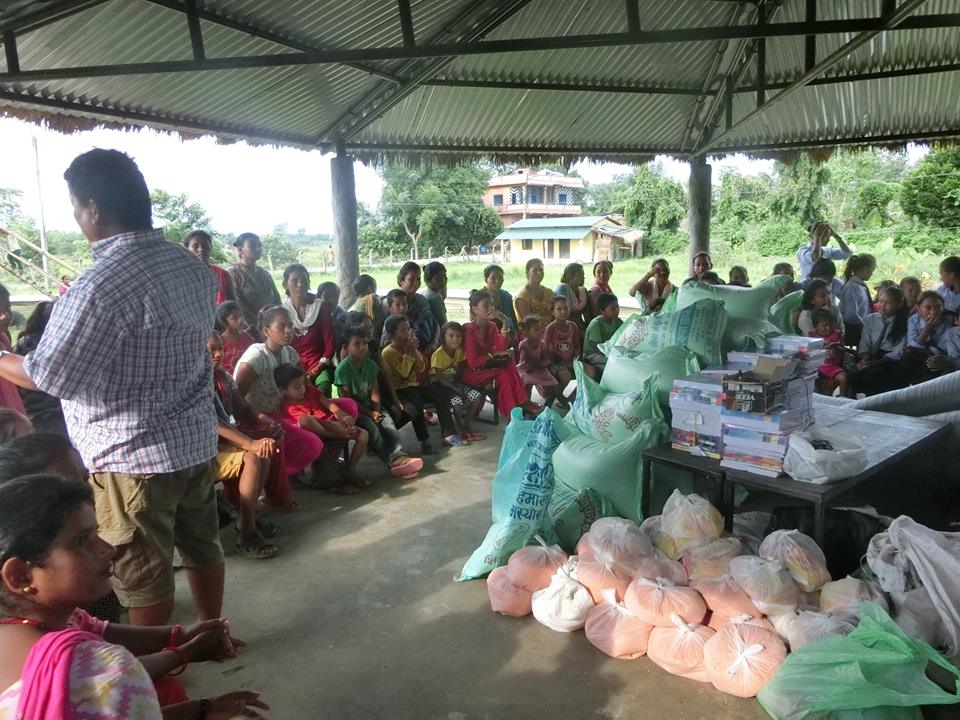 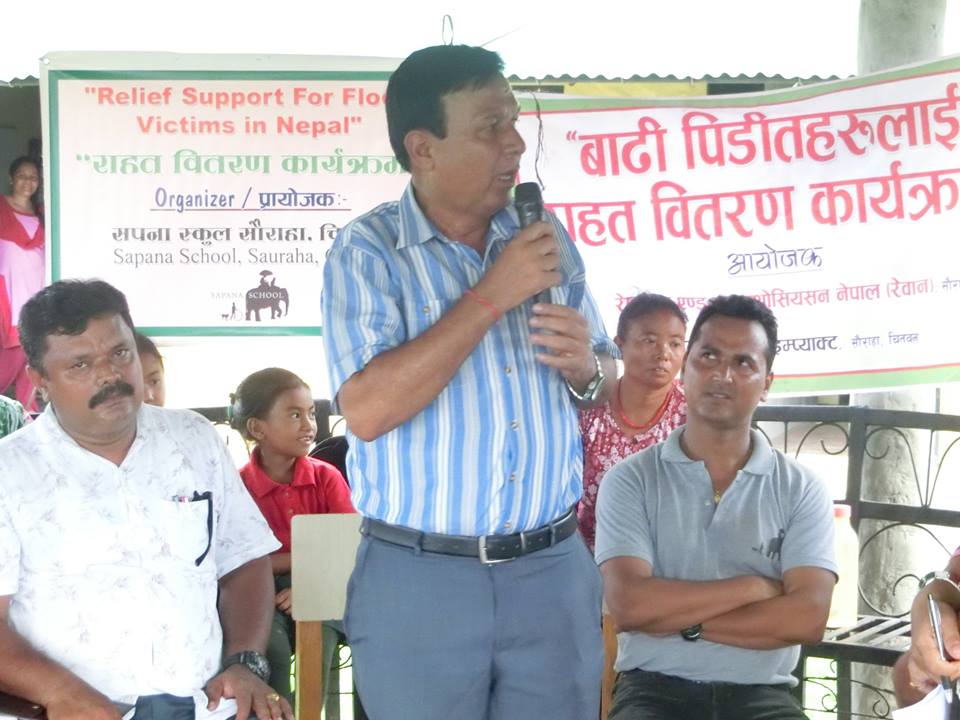 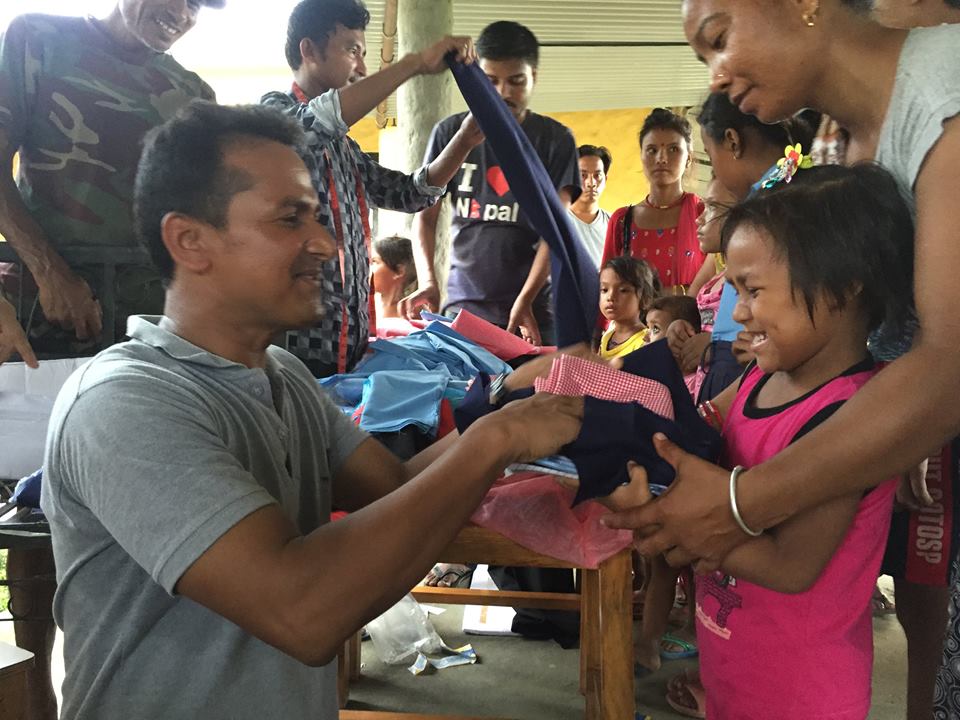 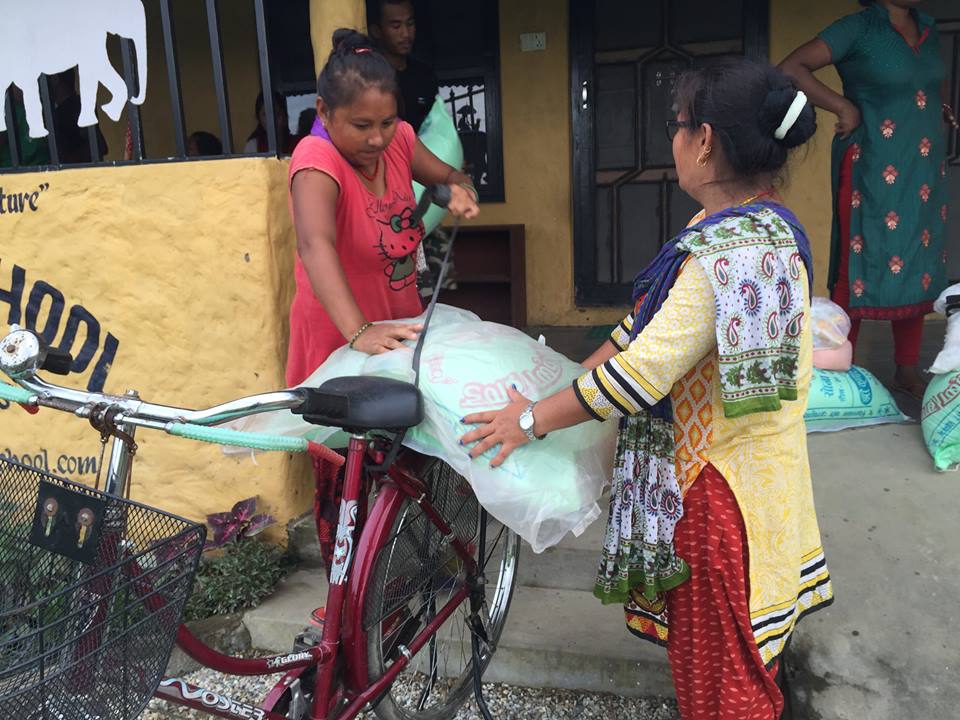 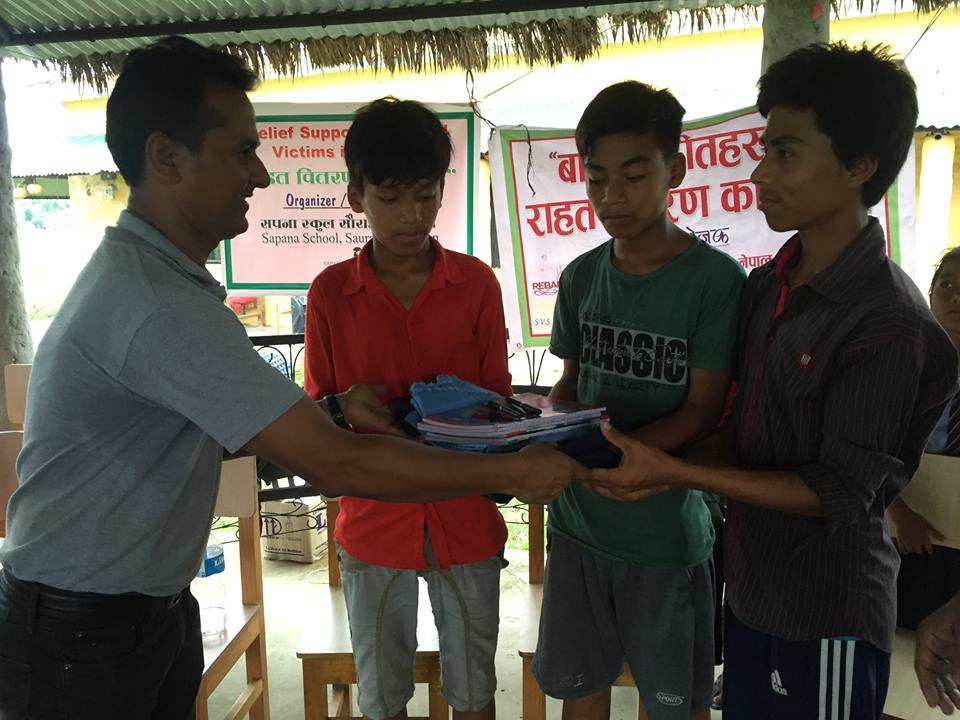